«I had an image in my head of the guy. She said, ‘I can’t wait to see what you do with him.’ It was beautifully left as this open gift.»

So Depp sent photos of himself as Grindelwald to Yates. His first-draft
makeover was «slightly more extreme» than where Grindelwald ended up, the director recalls.
«We saw this character as a combination of poet, rock star, visionary, and sociopath, beguiling but lethal,» says Yates, who also helmed the final four Harry Potter films.

«I almost felt like he’s maybe two people,» Depp says.
«He’s twins in one body. So a gamy eye is more like the other side of him — a brain for each eye, and he’s somewhere in the middle.»

FANTASTIC BEASTS: THE CRIMES OF GRINDELWALD in theaters NOVEMBER 16.

1 settimana ago
by Marte

Andrew Levitas' Minamata is scheduled to premiere at Berlin International Film Festival, which is running from February 20 to March 1, 2020, in the "Berlinale Special" section. Johnny Depp stars in the leading role as war photographer Eugene W. Smith who 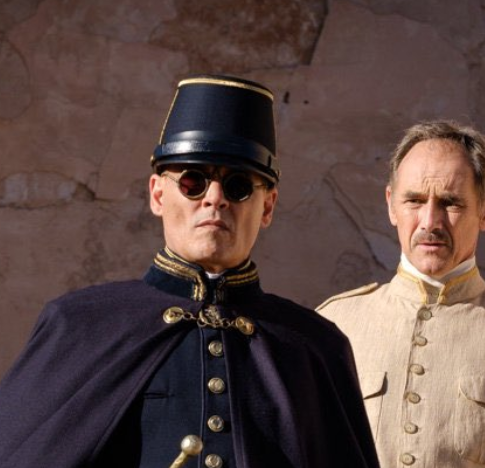 5 mesi ago
by Marte

In last year's autumn, Johnny Depp was in Morocco filming Waiting For The Barbarians. The film was based on J. M. Coetzee's novel, is directed by Ciro Guerra and played by Mark Rylance. This year, Waiting To The Barbarians is premiering

We use cookies to ensure that we give you the best experience on our website. If you continue, we’ll assume that you are happy to receive all the cookies on our website.Ok